Sara at the dinner table sat with almost no appetite watching her family eat in silence.  Her mind was rehearsing on how to initiate the conversation with her father. As she saw her dad was in a good mood tonight. She knew, if not now she will never be able to talk to him, and the opportunity missed would never come back. The time was ticking. Though her mind had been busy planning how to bring up the topic, not a word was willing to come out of her.

In the other corner of the colony, Trisha was in the same dilemma, in the kitchen hovering around her mother, not knowing how to begin. She knew if her mom agreed to it, there was no reason for her dad to go against his wife’s decision. But convincing her mom for anything was never a piece of cake. But the continuous buzzing of her mobile was making it difficult for her to focus on her mission. Pulling out the in her denim pocket was distracting her. Pulling it out the mobile and the flashing messages on its screen made her eyes roll.

Tina: how am I going to start?…

Tina: OMG! I am shivering…I am freaking nervous here…

Trisha: stop distracting me with your messages. They are not letting me concentrate…

Sara: I had already told you this isn’t easy at all. I cannot, I really cannot….

Sara: where is the person who came up with this weird plan? Where is she? I hope she did manage to talk to her parents.

Meanwhile some three kilometers away from Sara’s place.

“Taraaaa… how many times do I have to call you for dinner? The food is already out on the table…it is getting cold.”

Her mother yelled from downstairs.

All the while in her room Tara was reading the popping WhatsApp messages. She placed the phone on the bed and grabbed her dupatta and walked down…halfway down she saw her father and brother were already seated, “O shit!!! There is no chance of him to agree now…I should have been here before them….”Cursing herself, she rushed down and took her seat. She knew that to take out yes from her parents was impossible. It was a bonus for her that she was allowed to go to college…next she was not sure whether she will be allowed to go to university and pursue her further studies or even allowed to get a job. As most of her cousins were married off soon after they were out of school.

It all started a few weeks ago….

“I swear the series on girl trips make me want to go for one” Tara holding her mobile with the advertisement of some girl trip series running on its screen.

“Yes, they are made so interesting…. I love the show and I never miss a single episode.”Sara spoke with equal interest in her tone.

“I know…wish we could go for one…just us…” coming back to the reality she spoke rolling her eyes “But I know it’s not easy as it seems to be.” Tina, who always cynical about everything, replied shaking her head.

“Let’s plan one???” Tara looked at the rest three… the shine in her eyes reflected how serious she was.

“yes, it would be fun. Why not? I was thinking of that while watching the episode last night.” Trisha jumped from up dusting her dress. She was always ready for everything.

“Are you guys out of your mind, do you think our parents will allow us?” Tina exclaimed with her hands widespread before her and turning towards Tara she asked “and Tara you ?? what about your ma and baba and the terror bhaiya of yours, who will convince him??” she said raising her brows and her fist resting on her waist.

“don’t worry I will figure it out… I am his sister after, we a share the same parents and, of course, the same blood flowing in us… I will have a way out. Exactly the way I convinced him for my college.” Tara said with a wink.

“Oh really? Is it that easy? Hope he is doesn’t join us, as a “bodyguard”…dropping you off the way he does every morning??” Tara got the sarcasm in tina’s words.

“are you in Tina???” tara questioned pointing towards her skeptical friend. “If you are, good for you…but if not it would be appreciated if you don’t bother opening your mouth…” she yelled gesticulating.

“Of course who wouldn’t love to a have fun trip…but be practical guys…I mean our parents will not agree to it…” Tina tried showing the practical side.

“Why are you always so skeptical Tara? We can at least give it a try..” Trisha a little annoyed at her dubious friend.

“Forget her,” Tara continued rolling her eyes “ who is going to do the first move?”

“let’s decide a day, all four will talk to our parents the same day” Sara suggested.

“What will you say when they ask you where you are going?” Trisha spoke with folded arms over her bosom “first decide a destination. And don’t forget to plan out the budget(stressing on the word Budget) as well…then go to parents…with a proper plan.”

The rest three stared at her without a blink, and tara curving her lips   …surprised at a well- planned move suggested by their skeptical friend. “I am impressed…now you are talking sense…so this means you are in?”

(will they make it??? let’s wait till the second part is out) 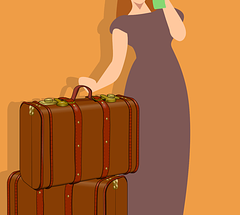 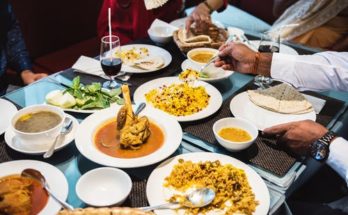