If you missed out the previous episodes, find it here

“I don’t understand why do you have to do this all the time, Vinay?? You know I am not ready for any kind of new relationship. And here you are talking about another girl.”  Jeet yelled back at Vinay not liking his attempts to find him a partner every second day.

Love, commitment, marriage or any kind of relationship was something Jeet had always kept the distance from. But it was Vinay who never gave up on him. “A bitter end of one relation doesn’t mean you cannot have any at all. Give yourself a second chance my friend.”

Yet again Vinay Came to him one night “This is Anita, and Anita, meet Jeet…..” after a brief awkward silence, Vinay continued “…well Now that you both have had acquainted with each other, please excuse me; I need to attend to other guests as well. Thank you.” With that, Vinay slipped away giving a secret wink to his friend, and left jeet thinking, ‘there he goes again, another attempt to hook me up with a new girl.’

But within no time he and Anita got along quite well. He realized that their thoughts and ideologies were quite similar. He found a good friend in her…Love? He was not sure of, as somewhere deep within No matter what, no matter who, he was empty. Even though the entire jigsaw puzzle of his life seemed to be solved, but he somehow felt that one missing piece was yet to be found. And that was the reason why he always pushed away from the thought of tying a knot.

One fine day it was Anita, who came down on her knees holding a ring…  “Give yourself a second chance, who knows the right person is with you but it is your fear that is blocking your way to her.” Vinay’s words kept repeating in his mind. It was a “yes” despite all the fear and anxiety in the name of marriage, he thought of giving himself a second chance.

Today it had been almost two years and his life was fine. Until a week ago that lady in red barged in into his life again, creating a vortex of emotion that began performing its whirling moves, making him go almost dizzy. Racheal’s presence surfaced his buried past. That afternoon the lady before him brought back the old Jeet in him. That notorious… irresponsible Jeet always ready with a plan B when it came to living a life.

That night staring at the ceiling he laid on his bed trying to find a conclusion to turmoil spinning within him.

Unlocking the door to her apartment she took the nearby couch, leaning her head to the back Rachael’s thought was glued to what happened in the coffee shop as nothing had gone unnoticed to her in there. She could sense that fidgety and confused Jeet sitting before her. The chaos within him was visible to her clearly.

Eighteen years back her attempt to keep herself away from Jeet had taken a job away from this city. And there she met Rudra, a young, dynamic and equally hardworking and ambitious man. Things clicked between them and they decided to tie a knot. Rudra was making sure he gave her everything; he made sure she was catered with all her needs. But in his busy schedule, with friends, work and hobbies she often felt emotionally stranded. She too had a dream to chase while her husband was away.  Then Ria Happened and she lost the track of her goal; her little girl became her world. Leaving behind everything, she dedicated herself to her child.

That quiet night on the chair in the balcony with her cup of coffee and her mind summarizing her life till date, she realized that this man sleeping in her bed was her husband, that’s it.  She and Ria had created their own world where Rudra couldn’t fit in, neither did he try to. He had his own priorities set in life, but for her, it was her child. Meeting Jeet that day brought the hope of having that emotional friend back. But she knew this would be wrong, her mind consoled her longing heart “I have a family who is perfect for everyone’s eyes, a good husband loving daughter what else anyone would ever ask for?”

‘Yet another lie,’ her heart whispered with a smirk. 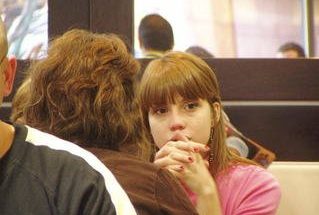 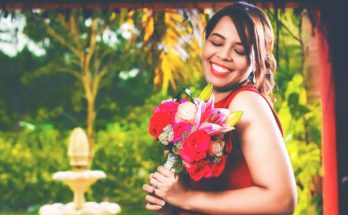