The room was too clean to believe that it belonged to any bachelor. The garbage bin was empty with the fresh bag place in it. The tabletop was all clear and organized. The books all well stacked on the shelf, bed tidy and clean with a fresh sheet on it. This was not the scene an hour before. The clean and tidy room was the result of his loneliness, to be precise it was his WhatsApp status ‘bored, alone and got nothing to do for three days.’

“Why don’t you clean up the room, look at the bin its almost overflowing, and look at the table…no place for a pen to fit in.” It was his mother’s immediate call after his two minutes of the status update. And that video call reminded him of the ways he could keep himself busy.

BUT to his surprise the entire cleaning process just took him an hour again he was left there with his eyes fixed on the fan spinning right over his head, his thoughts cursing the reason for bringing him to this condition ‘damn this china, why do they have to eat wilds?’ That was what he did when his brain box went empty. ‘For that matter why eat animals at all?’

When the entire world was having a tough time dealing with a pandemic, Gaurav had his own struggle. The train he was supposed to take to his home had been canceled. As the railways were shut for the first time in history. He was left all alone in the entire building to survive this solitude, with the entire building gone home before the lockdown was announced. “How on earth am I going to survive for twenty-one long days without a single soul to talk to???”

Switching from Facebook to WhatsApp back to facebook three days in a row, this lockdown had turned his room into an isolation chamber.  The very thought that he was to do the same thing for eighteen more days made him rush back to his mobile, and from there back to Facebook again.  It was his panicky search that accidentally landed him to “People you may know” corner, and there was one name that caught his tired eyes. Chaaya…just me! the tagline attracted him the most ‘just me….okay here we go’. Click went the ADD FRIEND  button.

Blink… your friend request has been accepted, you and Chaaya are now friends!!

‘Okay, that was quick!!’ he mumbled to himself, opening the messenger to wave her HI!!

There blinked his mobile again, and the name flashed on it indicated urgency. Because every time it beeped it was an emergency call.

The bold unopened email on the mailbox made him realize now he had to take shower as the cleaning had made him sweaty and stinky. Some faint grumblings noise gave a tight pull in his tummy and that’s when he remembered he had not eaten anything since morning except for a cup of tea and few biscuits. The upset tummy was now showing some tantrums.

Work stress!! He concluded and walked to his cooking area as that was the only place that made him feel good. The shower could wait but not his grumbling tummy….

His first and the only love looked deliciously hot and seemed to be waiting to get devoured. He never felt the need to be seduced as a single glance on her was enough to pace his heartbeats up. The time had come staring at the beauty he stood towering overall set to take that first bite, his cell went on again, this time it was not a notification beep but the full one-minute ringtone that went on.

If it was not boss calling, the call could have waited for sure.

“Hello, yes boss….no problem it will be done in an hour…the first report will be with you for sure. I am on it right now”…a minute-long talk seemed like an eternity for him with one hand disconnecting the call, the other scooped a spoonful and as it hit his taste buds…his eyes went shut….every time felt like the first time when it came to Poha. And a sip of hot steaming tea enhanced the flavor further.

Three long hours at a stretch of concentrated screen time made his eyes hurt and brain weigh heavy up there. Social media was the only place of solace, as neither his eyes nor his brain complained about the strain of the screen time when spent on Facebook.

Chaaya!!! He remembered the unfinished task.

He waved at her.

She waved him back.

‘Quick, was she waiting for me?’ a wicked smile crossed his face.

She: I am good how about you?

He: I am good too. Where are you from?

This was the place he wanted to explore every corner as its beauty had made him fall in love at the very first visit.

The tenth day of the quarantine, except for the first three days he had no clue how the rest of the days went by. Not a single morning was good neither the dreams were sweet enough for him without her greetings.  Their relation had climbed a step ahead from Messenger to Whatsapp. Thankfully the country was not under internet lockdown, as this was what had helped him know how many apple trees she owned. To be precise apricot, plum, peach and orchid gardens she owned.

“When did you go to this place? I had never seen this picture…”

His display images and status updates often invited such query calls from his mother.

‘I didn’t know I was so good at lying, by the end of this quarantine I will surely know all my hidden talents’

He hung up with a proud smile….impressed with his own made-up stories.

Chaaya: hey I need to talk, can we now?

‘She never messaged me this late…’

worried he replied “ sure,”

Without losing a moment he received the incoming call.

“Is everything ok? You sound different.” He asked

“I want to share something with you since we are good friends now….” After a little hesitating pause she began again “I wanted your suggestion…will you help me?”

“of course,” he answered without giving it a thought, what type of help it could be?

“There is one guy, I mean…we are in love and we were planning to get married in a week, but this lockdown failed our plan……”

Read more of their story in the second phase. 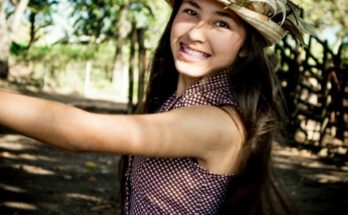