Click here to know about the first phase Lockdown story.

She already has a man in her life!!

This hurt him so bad that breathing became heavy, all night her words “THERE IS ONE GUY, ARE IN LOVE AND WE WERE PLANNING TO GET MARRIED IN A WEEK, BUT THIS LOCKDOWN FAILED OUR PLAN……” kept ringing on his ears.

Heaving out a heavy blow of breath, he pulled out his cell and scrolling his eight days memory lane down the screen he tried to find any of their conversation where she had ever hinted of any such relations of her. There wasn’t any such instance. Resting his head on the wall behind him his eyes reached the ceiling, and thoughts everywhere. Sleep seemed to have alienated him.

The night raced off turning the dark sky into crimson and then the brightest of the blue, tossing on his bed, his thoughts were still struggling to get the answers to the question running wild in his mind.

It was that particular notification tone set specially for her that made him grab his mobile from under his pillow.

Putting it back from where he had pulled it out he lifted himself up and got to his daily schedule. Sitting before his work project waiting to get completed, instead a blank screen stared back at him. His mind was not yet done dealing with the questions with a few more being added to them.

‘What the hell is wrong with me?’

‘Why this feeling? Why am I even feeling bad?’

‘She never ever said she had any feeling for me’

‘Why am I even bothered about it?’

‘Neither do I have any such feeling for her….’

He and his mind went silent for a moment as he feared, what if the thought that just crossed him was true…

His heart paced up and making his breathing deep and heavy…

Along with this feeling followed a painful truth …the girl he had just realized he is in love with, already has a man in life, worse still; they are eloping.

It was almost 2:00 pm, trying his best to finish today’s assigned work…

There came another beeping sound of his phone….It was Chaaya again.

No matter how hard he tried he couldn’t stop himself from downloading the image.

It was she, amidst the beauty of unexploited nature she stood there pointing out to the beautiful landscape behind her.

It was captioned …For the nature lover.

Despite the caption, his eyes didn’t go beyond that smile she wore, those eyes shining bright and full of life.

He realized how much he longed for her.

His cell rang again. The number was new this time “Hello,” he answered

Why is she doing this to me?

“Chaaya? Whose number is this?”

“it is another number, you didn’t answer me?”

He had a lot to say.

‘How can be she so casual after all this?’

“So are you ready to help us…”

There she goes again.

Her dancing eyes and the expression was driving him crazy…

A little irritated he answered abruptly “I really don’t know”

“Do you know what time it is?” she asked.

“I don’t know and I don’t care.” He couldn’t stop his emotions flow out in anger.

“Have a look at your screen..”

“1st of April, so was this the date you guys were getting married?”

“What did you say the date is?” not giving much heed to his say she asked again

“Yeesss 1st of ?…her brows danced with her eyes and her giggles brought a smile on his face.

That smile after almost twelve hours of stress was that of relief, hope, and Love…. 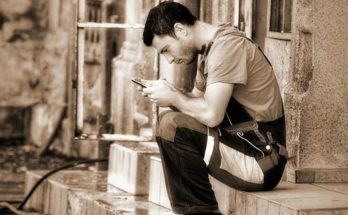 Lockdown with his shadow.