Back to the present…
Part III

His limb took him as fast as it could, but, they were forced to put to halt when his peripheral view gave him a police car patrolling round the corner. He pulled himself behind the walls of the under constructing building he was racing by…he felt his heart pound, as he heard the car screeching to halt nearby. Soon the silence was disturbed by the knocking sounds of their boots when they rushed out of the van and it made him crouch behind the walls.

“Why were you running?” one of the Khaki men asked….

Deepak’s muscles tightened and eyes went shut… khaki was the only thing he feared the most.

Deepak was relieved to see that police got their hands on someone else; “it must be the man after me.” thought Deepak.

Deepak dared not to move until the voice went little distant as they walked towards the car parked on the other side of the road. He slowly crawled towards the building, before leaving the premises, his eyes fell on the man police was interrogating. The face was not of the man whom he thought to be the area’s ragpicker…he was seeing a never seen before face nervously answering the police.

Deepak took the dark gully to his destination. This time he dared not run. His mind was on the face and a rare feeling enveloped him as he walked “why was the man after me?”

Before he realized his destination was there before him with its shutter still down, which meant the dealer was yet to get up, which also meant he could get some rest. To sit in the open was not a good idea; he decided to take a hide in the nearby small space between two tin shades. He had hardly settled himself down when he saw the same man who was being interrogated by the police a little while ago, walking down the road. His heart sank with fear when he knocked the same shutter Deepak was waiting to be opened. He then heard two voices talk in whispers… “what? How is this possible? Do you know the boy who picked the packet up?”

It was the same voice who had made the deal with Deepak….

“I don’t know boss he was a young boy, a ragpicker he had the speed…I couldn’t believe my eyes…it seemed he was racing the wind… I would have got some idea on where he headed if the police had not meddled on the way…he just vanished.”

“Deepak!!!” he voice almost squealed in excitement. “It must be Deepak, Ha!” he gave a relieved laugh and continued “don’t worry the boy will be here any moment. I had a plan to kick him out of here, now this whole packet thing made it easy for me.”

“What Packet?”Deepak thought, his eyes widened as he recalled the packet he picked up from the bin.

The packet was a little confusing…but he was sure this was something Police was after as he had overheard them ask about some deals and racked while interrogating the man behind the wall he hid. That’s when he heard a police van rolling down the road. He picked the packet and took the gully that headed to the road at the other side.

After an hour Deepak came with the sack filled with whatever he had collected.

“Here it is.” Throwing the huge rug of scrap before him Deepak spoke folding the sleeves of his shirt. “This is more than what you had asked for.”

Hurriedly the dealer’s hands ran through the sack Deepak had dropped and was relieved to find the packet safe in there.

“We will see to it” he replied looking at Deepak with a weird grin.

Pulling out the packet as he turned to keep it safe inside, a dozen men in Khaki barged in from nowhere. With guns pointed at him the dealer was handcuffed with the packet still in his hands…before he could understand what was happening he saw Deepak walking down the road smiling, with the sack of rag slung over his shoulder. 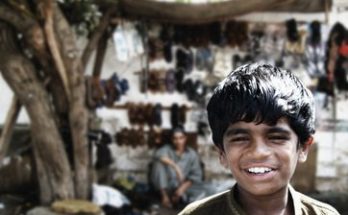 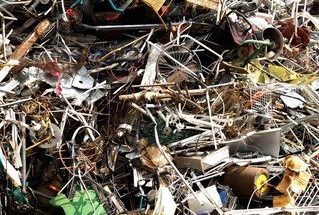