“Rishab???” a familiar voice calling his forgotten name from behind made him look back abruptly.  The teary eyes that stared at him were those of the only person who stood by him always when he was a child. To see her standing just a few meters away gave him the urged to hold her, but his instinct pulled him back. “What if she didn’t like it? Things aren’t the same now.” While speculating upon the next move he stood there staring back at her, dumb fold.

She seemed to have read his mind and threw herself into his arms, which automatically went around holding her tight and strong. It seemed no strength in the world could have pulled apart. They remained so for a few more minutes and could be this way forever if the voice from behind had not summoned him, “Richaaaa.” It was Laxmi didi, who with her loud distinct clapping gestured to come along with her. He had to ask her to wait, as there were so many things to catch up with what he had left behind ten years ago. The people and the place which was a part of him once, and he was the inseparable piece of them.

After few more minutes of silence, he finally managed to gather his voice and ask “how are you??” to which she smiled moving a step back, with her hands still holding his, and answered “how do I look?” this reply of her brought the same old smile back on his face.  As always he replied “You look good but with the right makeup from the right hands you would look flawless, people call me Reshab the beauty maker with a reason. Come I will give you the final touch up” and we both laughed hard.

Tugging a lock of hair behind his ear and cupping his cheeks in both her palms and her eyes completely locked into his, she whispered: “I am so happy for you, look at you…you finally are with those who understand you…you are with your own people.” The depth in her eyes reflected that those words were straight from her heart.

“And you know what?” heaving out a heavy breath she spoke again wiping the corners of her eyes “Papa finally got the head for his crown. The heir of the Thakur Pariwar has finally arrived…” she mimicked her father while articulating the final words….

“But not from the same queen…”

“What?” he cried out shocked to hear this.

“Yes, he got a new queen to give birth to the heir of the family.”

“She is there lying in the corner of the house like any other unwanted furniture. I feel bad for her…but chutki is determined to take her out of that place once she clears Her UPSC exams.”

She nodded with her lips pressed arching her brows.

“Thank you…for everything and of course for that day…I never had the guts to talk about that but always felt  if you had not taken the blame on you, baba would have ripped my skin off.”

Rolling her eyes she replied with an obvious smile. “Do you think I was saving you? And do you really think baba would have hurt you? That day I was actually trying to save the rest four, you were already safe you know that. Baba would never harm you no matter what.” She was true; He was the prince of the Thakur Pariwar…the only heir of the family.

That evening the dusky light soothed its way through the window panes trying hard to give the best vision of the image the mirror reflected before him. This unexpected encounter with his past today took him back to his life ten years ago, recalling each and every member of; who he believed was his family. Along with his past came those painful struggles, as the vast memories of him as a child was always that of a struggle. A constant tug of war between who he was and who he was to act like, as what he liked never matched that he was supposed to like. 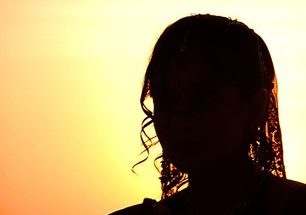 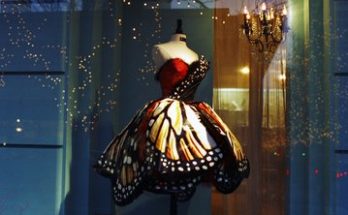